A Conversation with Dennis Looney of the MLA on Languages, Advocacy, and Curricular Innovation

Join us on March 1 at 12:00 pm (noon) for “A Conversation with Dennis Looney of the MLA on Languages, Advocacy, and Curricular Innovation,” organized by the CENES Department’s Undergraduate German Program Renewal Committee.

The slide deck is also available here: Advocating for Your Department 2021 Slides

Title: “A Conversation with Dennis Looney of the MLA on Languages, Advocacy, and Curricular Innovation” 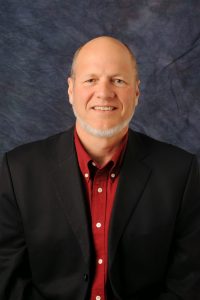 Abstract: Since 2014, Dennis Looney has served as director of the Office of Programs and director of the Association of Departments of Foreign Languages at the Modern Language Association of America. For the Office of Programs he oversees projects relating to the profession, such as departmental reviews, the ongoing examination of faculty rights and responsibilities, monitoring educational and curricular changes, and the development of statements of best practices. As director of ADFL, he oversees the Language Consultancy Service, the MLA Language Map, the language enrollment database, and other projects focused on languages other than English.

From 1986 to 2013, he taught Italian at the University of Pittsburgh, with secondary appointments in classics and philosophy. He was chair of the Department of French and Italian for eleven years and assistant dean of the humanities for three years at Pitt. Publications include Compromising the Classics: Romance Epic Narrative in the Italian Renaissance (1996), which received honorable mention in the judging for the 1996–97 joint Howard R. Marraro Prize and Scaglione Award in Italian Studies from the MLA, and Freedom Readers: The African American Reception of Dante Alighieri and the Divine Comedy (2011), which received the American Association of Italian Studies Book Prize (general category) in 2011. With D. Mark Possanza, he is co-editor and translator of Ludovico Ariosto’s Latin Poetry (2018).

“Behind the Mythological Curtain: Reception of Greek Tragedy During the Communist Rule in Serbia”