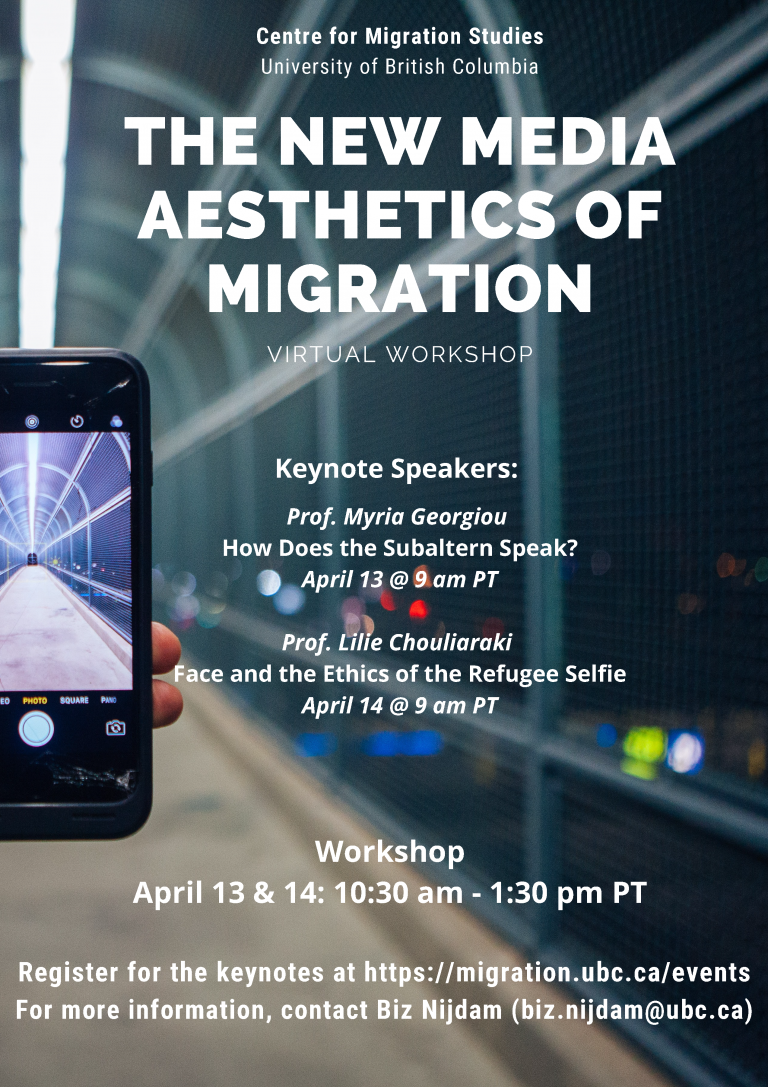 Dr. Biz Nijdam has organized the upcoming workshop “The New Media Aesthetics of Migration Virtual Workshop: Social Media and Digital Technologies in Representing Refugee Experience,” hosted by the UBC Centre for Migration Studies. This workshop will take place from April 13-14, featuring two keynote speakers. Registration details for the keynotes are provided below.

“How does the subaltern speak? A critical humanist response for the times of migrant hypermediation”

“Face and the ethics of the refugee selfie”

Workshop description: Global forced migration has become one of the most complex issues of the new millennium. Since 2011, in particular, and the start of Syrian civil war, over 5.6 million people have fled the country, with millions more displaced inside Syria itself. Today 79.5 million people have been forcibly displaced worldwide. Media portrayals of migration have likewise proliferated. However, the visual regime of refugee experience is fraught. With mediated representations of gender, ethnicity, and migration playing an important role in the way the public understands these categories, it is more urgent than ever to critically examine the mediation of refugee experience. Furthermore, new forums for and strategies of representation require attention to help recalibrate narratives of migrant experience.

In this context, authors, artists, and humanitarian and activist organizations have turned to digital and new media to communicate the journey of millions of individuals fleeing war-torn regions of the Middle East, Africa, and Asia. In turn, the media texts they are producing are developing a new set of visual, technical, and narrative strategies to represent refugee experience. Notably, many of these representational modes draw upon the digital tools and digital infrastructure of forced migration, namely the smartphone and digital and social media. They are thereby cultivating a new aesthetics of forced migration that mobilizes the scopic regimes and visual, technical, and narrative modalities of new media.

This workshop seeks to examine this emerging trend in representing and narrating global forced migration from a variety of interdisciplinary and transdisciplinary perspectives. By examining smartphone technologies, and new, digital and social media in representations of refugee experience, participants in this workshop will engage diverse research to discuss the affordances of new media in intervening in discourses on forced migration.

The ultimate goal for this workshop is to lay the theoretical and logistical groundwork for a SSHRC Partnership Development Grant application on the role of new media in the facilitation and representation of contemporary forced migration.” 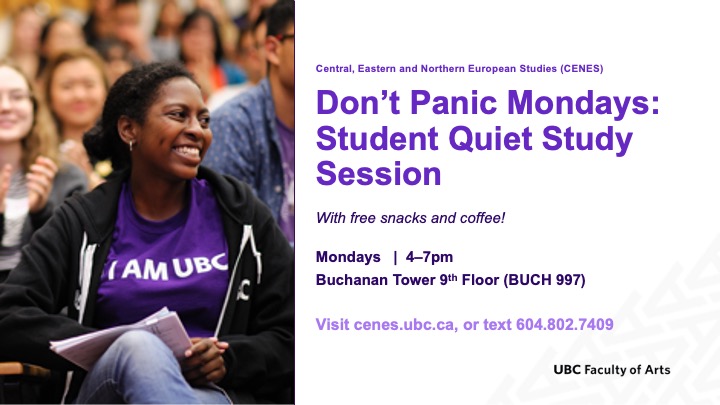 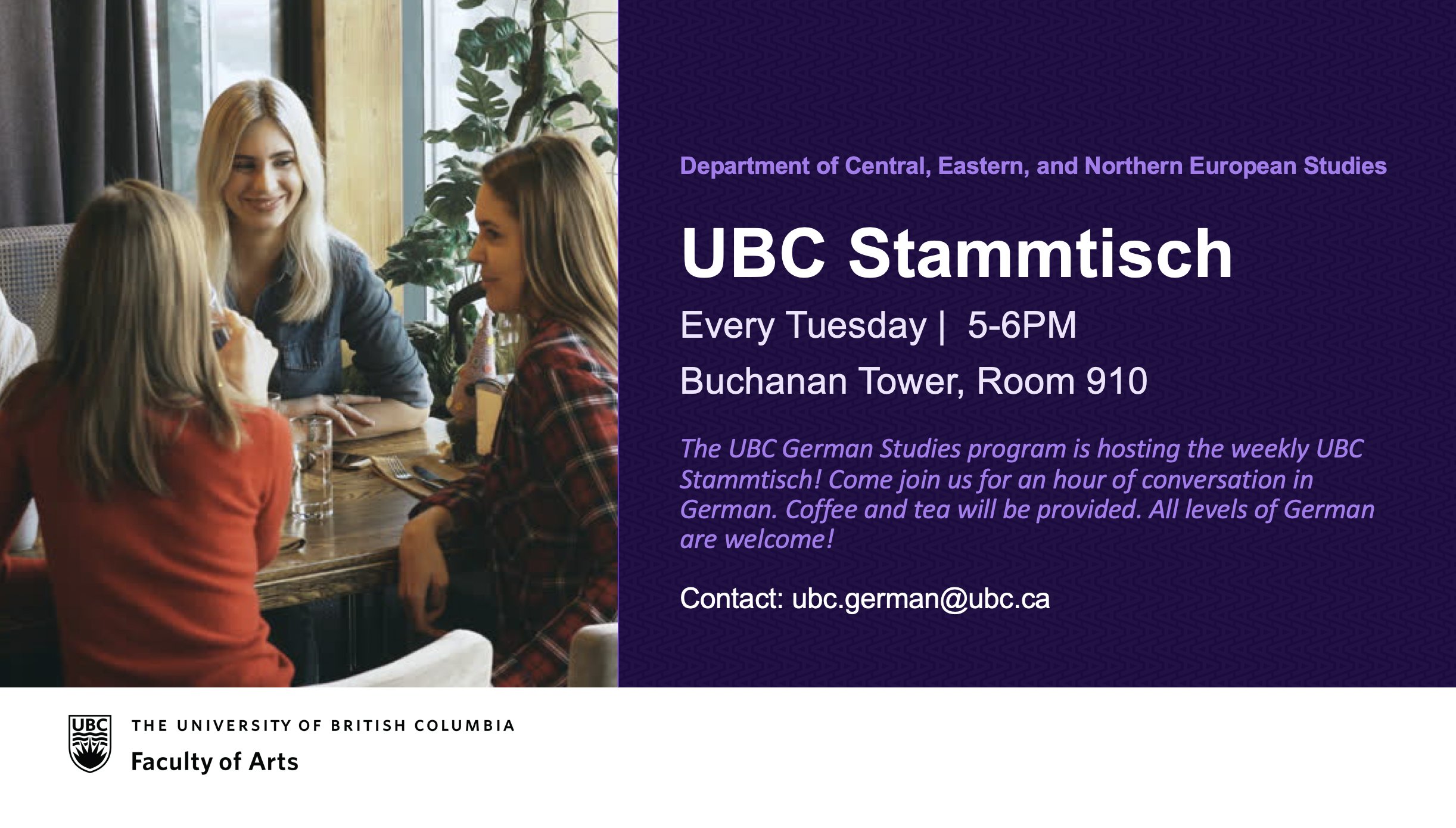